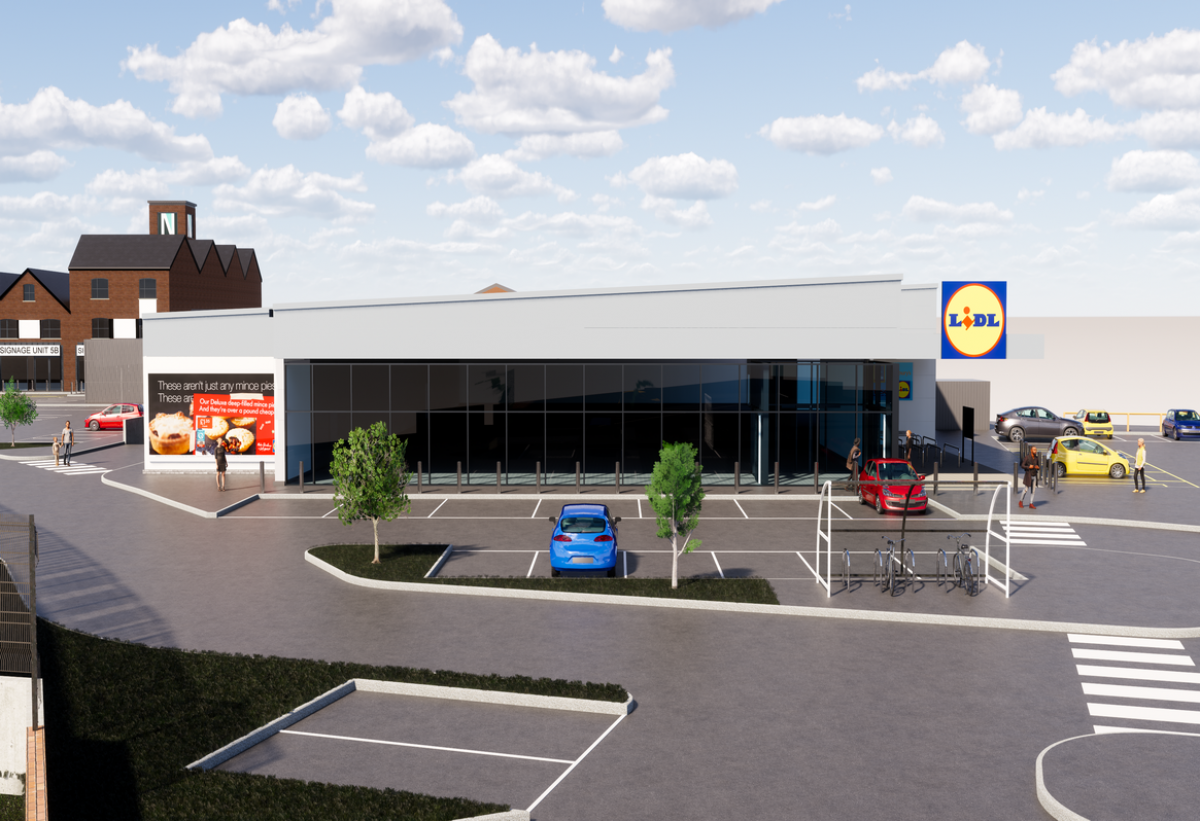 The developers behind the highly anticipated Northern Tower Retail Park in Retford have confirmed that building work will begin in the coming weeks, with the town’s new Lidl scheduled to open in the Autumn this year.

Currently a derelict site but with a number of disused Victorian buildings on it, Strawsons Property has revealed plans to redevelop the area including a full renovation of the iconic Tower building so as to create a number of retail units and space for other commercial uses, with the Lidl store at the heart of the development.

Lidl - which has over 730 UK stores, 12 regional distribution centres across Great Britain, and employs some 22,000 people – will occupy a purpose-built unit on the site, with the opening of the store expected to generate dozens of jobs in addition to those created by other retailers at the park.

Bassetlaw District Council approved the plans for the store.

Adam Jones, Strawsons Property, commented: “We’re delighted to announce that building work on the Northern Tower Retail Park is now imminent, with the opening of the new Lidl store scheduled to take place in Autumn of this year.

“Interest from other potential tenants remains high given the location and excellent connectivity of the site and we’re looking forward to making further announcements as to confirmed retailers soon.”

Leading retail property consultancy Space has been instructed alongside Worksop-based Brown & Co to oversee the marketing of the former Northern Rubber site, which is also home to Icon Aerospace’s head office, manufacturing and R&D facility.

Strawsons Property is a private property development and investment group with more than 50 years’ experience. The company focuses on developments and schemes that meet local needs and aspirations - spanning office, residential, industrial and mixed-use sectors.

< Back to Media Centre